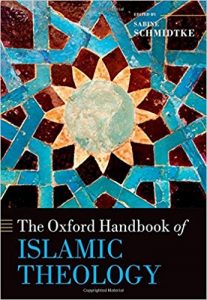 This impressive volume brings together essays by many highly respected Western-educated scholars of Islam. Comparing it to The Cambridge Companion to Classical Islamic Theology (which I shortly reviewed here), this book is far more in-depth and analytical. In fact the Cambridge Companion feels like a preface to this more sophisticated (and much longer) book. This book will likely be a classic of Islamic studies, an achievement that helps take the entire field of Islamic theology forward. 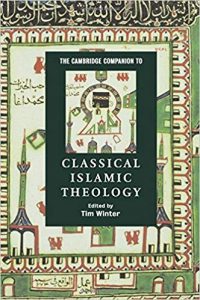 One issue I have with the book is that many of the articles focus far more on history and social backgrounds than on the actual theological ideas. The two most important Islamic theological doctrines, Ashʿarism and Māturīdism, never receive a completely satisfactory exposition.

A number of the articles mislabel Ibn ʿArabī (d. 1240) as Ibn al-ʿArabī (d. 1148), which could confuse readers. Below I will mention a few highlights from the book.

I was interested to learn about Ḍirār b. ʿAmr (d. 815 CE), an early Muslim theologian who developed the anti-Aristotelian idea that the universe is entirely made up of “accidents” (attributes or properties), rejecting Aristotle’s theory of the existence of “matter” or substance as a separate thing from its properties. Rejecting the concept of matter helps detach Islamic theology from the nature-supremacism of Aristotle (and later Ibn Rushd), who envisioned nature as something of an eternal entity that chained God’s freedom of action.

The Aristotelian theory creates great difficulty for explaining miracles because miracles seem to override nature, which breaks the primacy of matter. Nidhal Guessoum, who subscribes to that worldview, is forced to explain away miracles by reference to ideas like quantum uncertainty and the placebo effect in his book Islam’s Quantum Question (as I discuss in my review of it here). But if the entire universe is made up of attributes so that matter is nothing but a collection of attributes (as Ḍirār b. ʿAmr asserts), then this turns the universe into something of a simulation where everything has no basic reality of its own. Its realness always comes from God who upholds this “simulation”.

That is the key idea in my Ghazali-inspired computational theory of the universe. According to Ḍirār b. ʿAmr, if we translate his ideas into the computational language, everything in this universe is merely information held inside the Divine Register (al-Lawḥ al-Maḥfūḍ), similar to the way a video game’s universe is entirely information held inside a piece of hardware inside a computer known as RAM.

There is complete equality between one bit of information and another bit. The bits that define matter and the bits that define its attributes are equal so that everything can be considered an attribute. The matter-ness of matter is just another attribute. This means that for God to perform a miracle, all that He has to do is flip bits of information inside the Register. The stick of Moses

can turn into a snake because God, who is in charge of the simulation, can easily change the bits of information in the Register that define the stick-ness of the stick so that for a time it becomes a snake. Aristotelians like Ibn Rushd and Guessoum cannot envision this because to them matter is not information in a simulation, it is something that has its own “reality” that is almost separate from God’s control.

In their view, God is unable to perform miracles or is severely limited in His capacity to perform them the way we understand them because the laws of matter do not permit miracles.

But Ḍirār b. ʿAmr’s theology (and orthodox, Ashʿarite Islamic theology) has no such problem with miracles because nature is entirely made up of information controlled by God. This orthodox theology that so many ill-educated science-minded people consider to be irrational and backward is in fact highly futuristic in its outlook if we interpret it in modern terms. It makes solving problems like reconciling Islam and evolutionary theory a rather easy exercise, as I discuss in my essay Al-Ghazali’s Matrix and the Divine Template.

Regarding the issue of free will, the Iranian Imam Abū Ḥanīfa (d. 772 CE, after whom the Ḥanafī school is named), came up with a moderate solution. God creates all things, including everything that takes place in the world. But humans intend, and God either carries out the intention or not. It is for this intention that they are responsible. This fits with the computational theory; the universe is like a simulation that is under God’s absolute control. Nothing happens inside it except when God makes it happen. But humans have been given the power to intend things. They are given a “remote control” to their bodies, they issue commands (intentions) and God either carries it out (by moving their bodies for them and allowing the intention to be carried out) or He does not (by refusing to move their bodies, or by causing the simulation to get in their way). For example a good person who intends to sin may be hindered by God. God can either cause a weakness and fatigue in them that takes away their ability to carry out the sin, or He may bring about causes that prevent the sin from being possible to carry out.

His views were the basis of the development of the Ḥanafī theological tradition that found its full development with the Arab Iranian scholar Abū Manṣūr al-Māturīdī (d. 945 CE).

Abū Ḥanīfa and Māturīdī shared the conviction that humans can tell good from evil based on reason alone (without the guidance of revelation). Ashʿarite scholars like Fakhr al-Dīn al-Rāzī (d. 1210) developed a highly “Darwinian” view of human ethical reasoning; humans know good from evil due to their empathy for fellow humans and their knowledge of consequences, rather than due to the existence of some absolute ideal of good and evil that humans can appreciate (as the Muʿtazilites claimed). While Muʿtazilites have often been celebrated in Western thoughts as Islam’s arch-rationalists, in this case as in many others, the orthodox Islamic view is actually more “scientific”. It rejects the Muʿtazilite trust in human reason’s philosophical ability to know good and evil with a more naturalistic, Darwinian explanation. According to Rāzī humans develop ethical ideas based on experience, not based on philosophical axioms that exist independently of the world and God.

The Oxford Handbook of Islamic Theology is a great resource for everyone interested in Islamic theology, the history of Islamic thought and some the key issues relating to the interpretation of the Quran.

Related articles
Believing Women in Islam (2019) by Asma Barlas and David Raeburn FinnHow and From Where Do We Begin? By Ahmad MoftizadehOn the Impossibility of 1984: Hawramani’s Theological Law of PropagandaIbn Taymiyya and His TimesThe Atonement by William Lane CraigThe Closing of the Muslim Mind and the Decline of Islamic Civilization
« Is it permitted in Islam to jokingly call others insulting names?Is it permitted to make a snowman in Islam? »
Learn Quranic Arabic with my book!
Available in both paperback and Kindle formats.