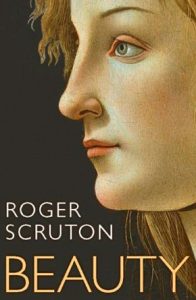 In his 2009 book Beauty, the wonderful British philosopher Roger Scruton says many insightful things about beauty. His book inspired me to create my own Islamic theory of aesthetics in which I assert that a beautiful thing is nothing other than that which brings us face-to-face with God. The reason that the most beautiful and picturesque scenes of nature and architecture bring tears to our eyes and make us feel morally uplifted is because beautiful things, in order to be beautiful, must point to God. Beauty is not some independent ideal or standard. Beauty is the power of an object to point the human soul to God. Nothing that is ugly is morally uplifting, and nothing that is beautiful fails to morally uplift us, to make us feel God’s presence and offer us a door to salvation.

This theory applies to music as well. Bach says:

The aim and final end of all music should be none other than the glory of God and the refreshment of the soul.

Whether a composer of classical music seeks God or seeks beauty, they are seeking the exact same thing. All beautiful music has the power to cause mystical experience in us because what makes music beautiful is the fact that it can cause mystical experience in us. This is in opposition to pop music, which celebrates bodily desires and human weaknesses rather than striving toward the Creator. Some types of music can of course blend elements from both categories.

To experience beauty is to experience God in some small way. Beauty is morally uplifting because it connects us with the source that gives life meaning: the Creator. (See my essay Beauty as Pointer: An Islamic Theory of Aesthetics for more on this.) You can verify this theory on your own by looking at a set of beautiful pictures and doing your best appreciate their beauty while keeping your mind free of distractions. As you continue doing this, you will start to feel a mystical connectedness. You will get a feeling of goodness and wholesomeness, as if you are becoming a better, more admirable person.

You may realize that you are seeking some sort of climax. Each picture seems to bring you closer to something you need and desire. And that thing which beauty brings us closer to is God. If you are religious, the experience of beauty always brings with it the desire to praise God. If you are irreligious and do not believe in a God, you can still feel the mystical connectedness. Beauty will be like an open door to God that you will refuse to step through.

Below I explain why I am highly skeptical of the concept and consider it a false category, or at least something to be categorized separately from ordinary beauty.

All beautiful things are morally uplifting. There can be such a thing as a morally uplifting painting that includes a nude person, but the uplift always comes from something else. The painting might depict a very dramatic scene from a story that would be morally uplifting even if one took the trouble to paint clothes over the subjects. The nudity is not essential. The reason that men have created the category of erotic beauty is because of a mistake of the male brain. A nude woman does not merely represent something highly desirable (as in an expensive car). She represents salvation. Speaking biologically, a man’s highest achievement in life is to have a female give him her sexual approval through acting sexually open towards him. And a nude female in a painting is registered as that by the male viewer, because she is nude. Women are not normally nude, they only are during the prelude to sexual union.

A woman’s sexual approval (i.e. her attraction to him and her expressing that she is willing to mate with him, her nudity representing just such an approval) represents millions of years of evolution patting the man on the back, telling him he is a good and worthy male specimen. Perhaps nothing else in the world has such a power to cause a man’s ego to inflate. A woman’s sexual approval means that everything about a man is right, good and proper. He is good-looking, his social status is desirable, he is admirable, he has so much worth that a woman, despite her intense scrutiny of his weaknesses and failings, is willing to put her life and her future in his hands by accepting to procreate with him and become dependent on him.

A painting of a nude woman is intensely interesting and captivating to a male because for him a nude woman is an offer of biological salvation. A nude female is more interesting to a man than a planet full of treasure. Treasure is nothing more than a means of attaining biological salvation–of attracting a woman’s love and procreating with her. A nude female represents the end result of this process–she is more fundamental than treasure; she is the end result of treasure. Speaking from an evolutionary biology perspective, treasure is only a means toward securing her companionship.

Erotic art is interesting only because of a false promise; it misleads the male brain into thinking it is being promised salvation. Just as a religious man may be captivated by the hope of salvation represented by a cheap pilgrimage package to Canterbury or Mecca, any man can be captivated by the promise of biological salvation that attractive females represent (and the less dressed, the more captivating, because less dress means more nearness to the goal). The attraction for females is not a simple desire for sexual enjoyment. The reason why females are so incredibly attractive and why they are used everywhere in marketing to sell things to males is that females represent salvation and immortality because they represent an opportunity for a man’s to pass on his genes, in this way accomplishing his primary purpose in biological life.

When artists draw nude females, they seek salvation. She is the worldly deity who can forgive us our faults, make us happy and give us all that we desire. She is the ultimate aim of existence once we ignore God. It is for this reason that all irreligious male artists are partly obsessed with drawing sexually attractive females (and almost no artist is willing to paint a nude old woman, unless he is the type of person who also likes to draw pictures of unsettling things).

Religious and spiritual artists, on the other hand, focus on nature, architecture, historical scenes and other asexual things that are going to be rather “boring” to males who have fully embraced their animal nature and believe in no higher ideal than salvation through women.

Many irreligious artists worship at the foot of women. They seek salvation, but since they have closed their hearts to mystical salvation, they become enamored of earthly salvation through the female. The desire for this salvation turns the female into an infinitely powerful and infinitely worthy goddess for the male. He places her on a pedestal and prays to her day and night. Turn toward me and give this humble, worthless servant some worth!

If you look at a picture gallery that hosts a random selection of images, some of which are beautiful nature scenes and others beautiful, half-naked females, you will instantly feel the extreme conflict between appreciating a nature scene and appreciating a nude female. The female calls you to a wholly different experience compared to the nature scene. And if you give in to her call, the nature scene becomes infinitely boring because the accomplishment of your biological salvation is right before you. Your earthly goddess captures all of your attention so that you have no interest in connecting with the heavenly God. The presence of a nude or half-nude female in a gallery on a website is a very jarring element (at least for males) that can totally ruin his enjoyment in the non-erotic pictures. Classical nude paintings are better in this regard because they are not so obnoxiously sexualized, allowing a man to continue to see a woman as a person rather than an object despite her nudity. However, no matter how well the artist manages to prevent us from sexualizing his nude subject (as Botticelli manages in his Birth of Venus), the fact remains that the painting is made up of two elements: the non-erotic beauty that points to God, and the eroticism that points to biological salvation.

To put it another way, had Venus been properly clothed, the painting would have been a better conduit of beauty. Her nudity conflicts with the moral uplift. It is a jarring element that causes a confusion in the male brain between his desire for spiritual salvation and his desire for biological salvation.

Below is Botticelli’s Venus with an abaya on, probably done by a Persian artist. Once you get over the comical aspect of adding hijab to a nude painting, you may realize that this painting lacks nothing compared to the nude version. It is just as beautiful and meaningful. Not just that, but it is actually better, because now the jarring element of the call for biological salvation is removed. One can appreciate it solely for its beauty, its real, morally uplifting beauty.1 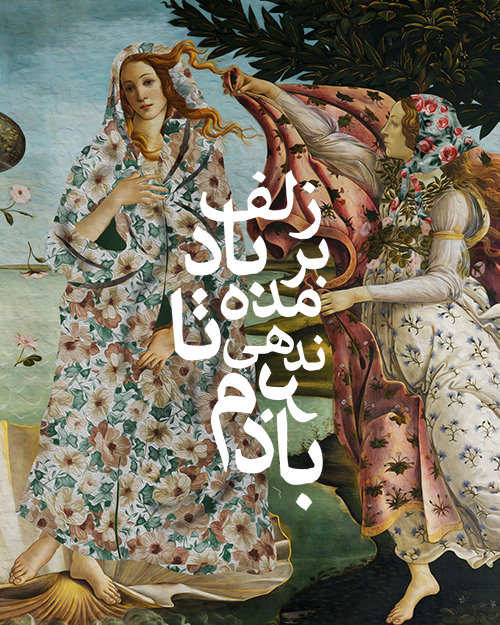 For these reasons, as a Muslim I feel justified in considering nude art an improper and unnecessary category of art. It is merely the expression of the rather banal activity of males seeking salvation through the female body. It is true that eroticism is incredibly captivating. But for a spiritual person it is a dead end. It points away from God. It invites us to engage in fantasies of biological salvation that at best have nothing to contribute to our mission in life and at worst cause us to fall into seeking a false deity through female-worship. 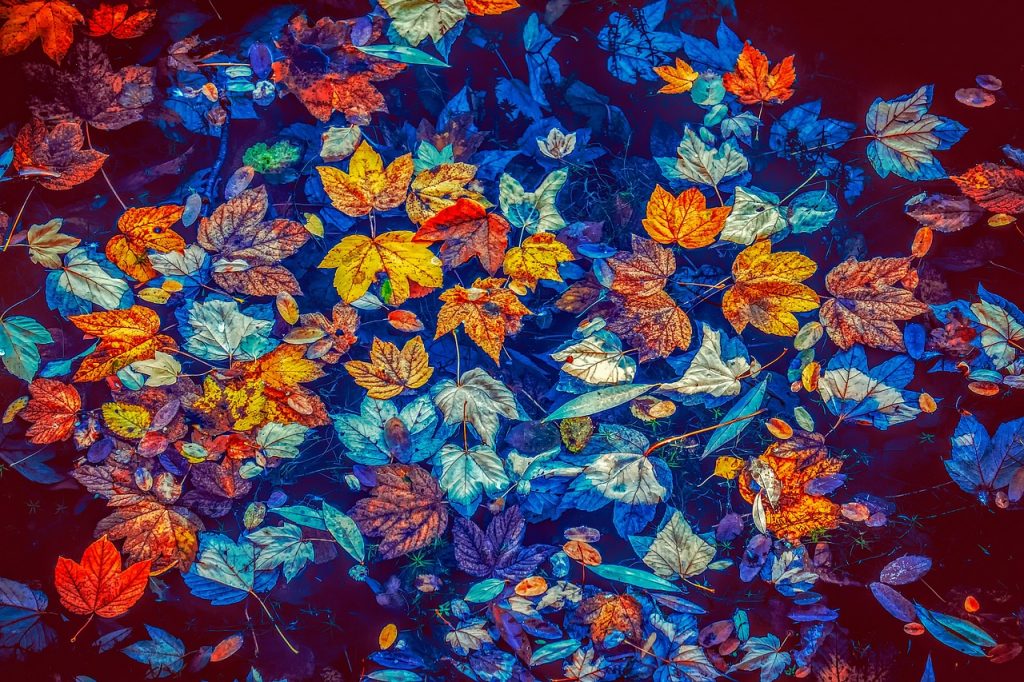