Why doesn’t Islam have historical paintings/art like other religions? For example, Christians have that painting of Jesus at Last Supper. Also, why are there modern Christian songs in pop and rock but no such thing as Muslim songs? Is music seen as distracting or misguiding you from your path?

It does. All that you need to do is search “Islamic painting” to find thousands of examples. Below is an example from the 16th century: 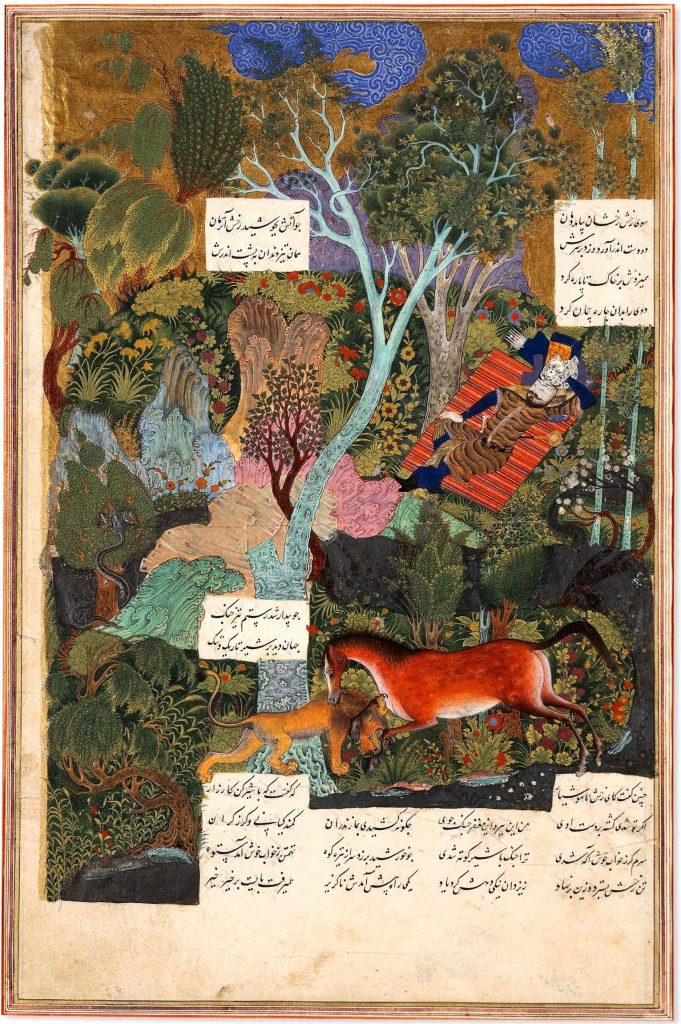 There was a belief among religious scholars that painting living things is not allowed by God, although this is being challenged today. Despite that, Muslims developed a form of painting known as miniature paintings. Unlike in European paintings, there wasn’t a focus on realism until the past century, for this reason the paintings look very different from European art.

As for Islamic music, again, simply Google “Islamic music” to find thousands of examples. Below is an example:

And God knows best.
Asking questions is temporarily unavailable. Sorry for the inconvenience.
« Enduring the difficulties of having an abusive motherOn proposing to a man as a Muslim woman »
Learn Quranic Arabic with my book!
Available in both paperback and Kindle formats.