Intel is famous for its various efforts to destroy AMD over the past 20 years, and it is so powerful and too-big-to-fail that legal action against it has never amounted to more than slaps on the wrist.

If you believe in the importance of ethics and morality in corporate actions, avoid Intel as a matter of principle. They don’t deserve your money. They deserve to die and to be forgotten. If you keep buying their stuff, you are telling them it is OK to keep on their evil and malicious practices, because they are being rewarded by you for it rather than being punished.

Here is the latest example of Intel being an example to us all: 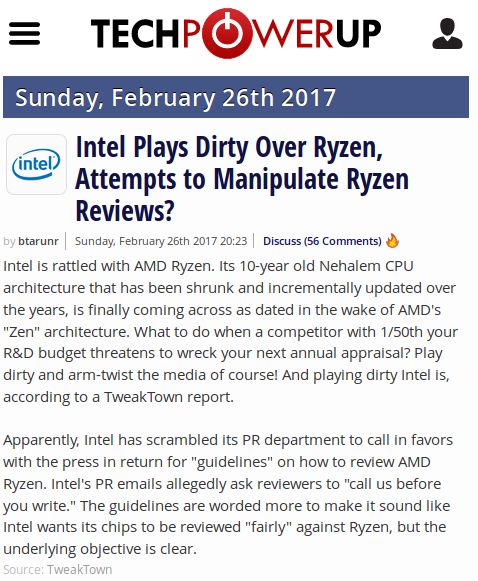 « Why the Banks are So Powerful and Why the Bible and the Quran Forbid Usury: Charting How Interest Creates Obscene Wealth InequalityWhy God Allows Evil to Exist, and Why Bad Things Happen to Good People »
Learn Quranic Arabic with my book!
Available in both paperback and Kindle formats.